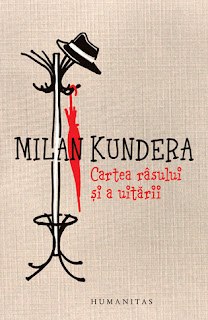 Read more »
Posted by Once upon a Reading at 11:15 AM 3 comments: Links to this post

Mikhail Bulgakov, "The Master and Margarita" 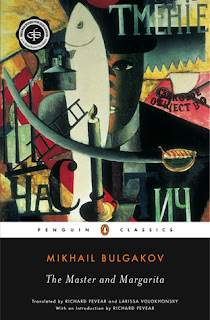 'When I emerged into the world clutching my novel, my life came to an end…'

“If the whole world I once could see
On free soil stand, with the people free
Then to the moment might I say,
Linger awhile… so fair thou art.”
(Goethe, Faust)

“At the sunset hour of one warm spring day“ some time in the early 20th century, here comes Devil to play havoc with the Muscovite literary and artistic life. It was the morning of the same day, two thousand years earlier, when Pontius Pilate had confronted Yeshua Ha-Notsri and decided it was too dangerous not to let him die. Or so the story goes, says the Devil. The story which Matthew the Levite recorded and the Master imagined, the story which Margarita saved and Ivan dreamt. The Story which this book is about.

Read more »
Posted by Once upon a Reading at 3:30 PM 2 comments: Links to this post

Philip Roth, "The Plot Against America" 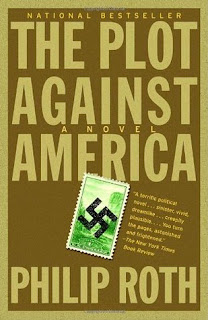 Reality in the Making

Is there a more obsessively repeated question than “what if”? We ask it when we regret past actions, we ask it when we are frustrated by unexpected results, we ask it when we dream of changes. It is true, we rarely ask it to wonder whether things could have turned worse. Except for authors, of course, with their habit of diving straight into nightmares.

Philip Roth’s The Plot Against America is just this kind of a “what if” turned bad. Written in the style of non fiction novels, it looks so much like a historical memoir that you frequently have to remember that the events you are reading about never truly happened in those troubled times of the World War Two. A disquieting feeling of a disaster in the waiting, maybe because even though so far away, America did not entirely escape either the Nazi propaganda nor the blindness in front of the evil and so, under slightly changed circumstances it could have easily followed another way.

Read more »
Posted by Once upon a Reading at 9:18 AM No comments: Links to this post 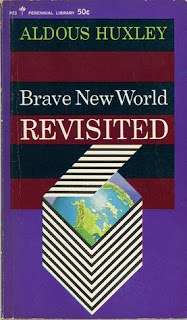 Mankind has always dreamed of the perfect society, just as it has always feared the oppressive one. From this dream has been born the fantasy of Utopia and from this fear the nightmare of Dystopia.

But is Utopia truly the antithesis of Dystopia, and is it really an egalitarian society possible? From Thomas More to Karl Marx and H. G. Wells and many others, this perfect society generally abides by some rigid, unimaginative and sometimes implausible rules, the main one being the austerity caused by the absence of personal property. But, as it has already been seen in all Communist countries, this invests the State with an incredible power over the individual, denying the latter its importance whilst overstressing the importance of the community. And because there is nobody left to sanction its actions (that is, nobody to answer the question which is the title of this review), the State is prone to become, sooner or later, a dictatorship of the enforced good, a hell paved with good intentions, like in that old joke in which a young man eagerly helps an old woman get on a tram she didn’t want to climb. How easily Thomas More’s Utopia becomes George Orwell’s 1984.

Read more »
Posted by Once upon a Reading at 3:10 PM No comments: Links to this post