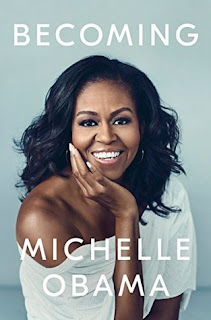 How these Michelle Obama’s words, which I think are the quintessence of this amazing woman’s personality, sound truer and truer lately! I so needed her memoir (which was all I’ve expected it to be and more – the story of a proud, uncompromising woman), to restore even a little my confidence in a humanity that seems to have lost all its sense of value nowadays.

Afua Hirsch, the “Guardian” journalist, says in her review,  with that English candour (I know she’s not born in UK, but still) that always makes you smile just a little bit exasperated, that if Michelle Obama were British hers would be a class tale. But isn’t it though? And not only a class tale, but also a race and a gender tale. For the message M. Obama sends, loud and clear, is that you can become anything you want not necessarily in spite of, but also because your modest origins, your skin colour and your, to use Simone de Beauvoir’s expression, second sex.

Her astonishing parcourse, her majestic tenue, her exemplary story is yours to discover in a book that will help you become, too. Meanwhile, I leave you with some quotes that can better than any of my words illustrate the multiple facets, each one bright and shining, of her personality. The first one, dealing with the death of her father, helped me grieve somehow more peacefully the loss of my own, this spring:

It hurts to live after someone has died. It just does. It can hurt to walk down a hallway or open I the fridge. It hurts to put on a pair of socks, to brush your teeth. Food tastes like nothing. Colors go flat. Music hurts, and so do memories. You look at something you’d otherwise find beautiful —a purple sky at sunset or a playground full of kids—and it only somehow deepens the loss. Grief is so lonely this way.


The next ones show that you can erase or at least attenuate the negative connotation of difficulty, obstruction, ugliness and use them as steps in your becoming:

If I’d learned anything from the ugliness of the campaign, from the myriad ways people had sought to write me off as angry or unbecoming, it was that public judgment sweeps in to fill any void. If you don’t get out there and define yourself, you’ll be quickly and inaccurately defined by others.
*
There’s an age-old maxim in the black community: You’ve got to be twice as good to get half as far. As the first African American family in the White House, we were being viewed as representatives of our race. Any error or lapse in judgment, we knew, would be magnified, read as something more than what it was.
*
We understood that we represented the nation and were obligated to step forward and be present when there was tragedy, or hardship, or confusion. Part of our role, as we understood it, was to model reason, compassion, and consistency.

It is true that sometimes you may feel, together with her, that all her and her husband’s efforts, dictated by reason and compassion, have been futile, that mankind never learns:

Since Barack left office, I’ve read news stories that turn my stomach. I’ve lain awake at night, fuming over what’s come to pass. It’s been distressing to see how the behavior and the political agenda of the current president have caused many Americans to doubt themselves and to doubt and fear one another. It’s been hard to watch as carefully built, compassionate policies have been rolled back, as we’ve alienated some of our closest allies and left vulnerable members of our society exposed and dehumanized. I sometimes wonder where the bottom might be.


But she also gives you hope for change given that nothing has been built in one day, and makes you aware how a solid foundation stone Obama family put in place so that tomorrow have less the consistency of a dream and more the consistency of reality:

There are portraits of me and Barack now hanging in the National Portrait Gallery in Washington, a fact that humbles us both. I doubt that anyone looking at our two childhoods, our circumstances, would ever have predicted we’d land in those halls. The paintings are lovely, but what matters most is that they’re there for young people to see—that our faces help dismantle the perception that in order to be enshrined in history, you have to look a certain way. If we belong, then so, too, can many others.


Because in the end, and this is one lesson everybody should learn thoroughly,

It’s not about being perfect. It’s not about where you get yourself in the end. There’s power in allowing yourself to be known and heard, in owning your unique story, in using your authentic voice. And there’s grace in being willing to know and hear others.

Posted by Once upon a Reading at 11:51 AM No comments: Links to this post 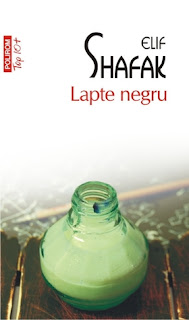 Posted by Once upon a Reading at 2:11 PM No comments: Links to this post

Niall Ferguson, "The Square and the Tower" 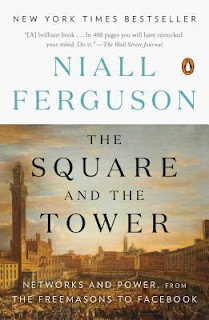 I received Niall Ferguson’s The Square and the Tower as a gift from my best friend and I have to confess that  when I first read the title, I thought it was a checkers metaphor - but no, actually it is inspired by two architectural designs, one medieval and the other contemporary.

The medieval one is a landscape from fourteenth century Siena with its Torre del Mangia of the Palazzo Pubblico shadowing a popular market and meeting place named Piazza del Campo. The tower’s height, matching the height of the city Cathedral on the hill was meant to symbolize “the parity of temporal and spiritual hierarchies”.

The second one is an imaginary juxtaposition eliminating the distance between Silicon Valley and New York City’s 5th Avenue, to re-enact the same symbolism of the market shadowed by a tower that Trump has always falsely claimed it has 68 floors, instead of 58:

Silicon Valley prefers to lie low, and not only for fear of earthquakes. Its horizontal architecture reflects the reality that it is the most important hub of the global network: the world’s town square.

Read more »
Posted by Once upon a Reading at 3:58 PM No comments: Links to this post