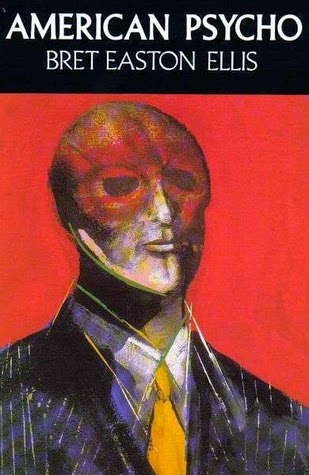 I take my cock, purple with stiffness, and lowering Torri's head to my lap I push it into her bloodied mouth and start fucking it, until I come, exploding into it. Afterwards I'm so hard I can even walk around the blood-soaked room carrying the head, which feels warm and weightless, on my dick.

It is never easy to speak about books like this, which make the readers so involved with the subject that they easily become impervious to the why-s and the how-s.

Especially when the two almighty gods of nowadays, Sex and Violence, escape from porn and horror and break free into literature. The reactions are to be expected, from denial of any artistic value to visceral disgusted rejection. For the latter I have one word to say: hypocrisy. We are, every single day, stuffed with incredible violence, real violence showed by TV and paper news, and virtual violence spread by dubious movies, videogames, books. Violence we forever close our eyes at, but this does not mean it goes away, it only means we are happy to live comfortably in our politically correct lies that whisper soothingly to us that what we do not see is not really real.  From this point of view, you can say this is a wake-up-people book, like in wake up before you lose whatever humanity you have left and become violence.

As for the first issue, the artistic value, for once Goya’s monsters become the norm, and this is the bleak originality of this strange novel – the mixture of ghastliness and comedy that does not necessarily create the usual black comedy, but a lurid story, devoid of humanism, a sarcastic view of a society living the American dream, that is, navigating aimlessly among fashion demands, horror movies, fancy restaurants and crowded clubs, unable to focus on anything, a society formed of speaking clothes – funny in a dreary, dreary way.

The main character is one-dimensional, it was said, but of course he is, what depths could he have?, he is a moving form without substance, that expresses platitudes about music and fantasizes about murders he maybe did not commit (it is not even important to learn the truth about that – only interesting in the sense that an unreliable narrator becomes a liar, too). Moreover, he is no one and everybody, who sometimes is called Pat Bateman and sometimes countless other names, names of other identical people, interchangeable, ergo replaceable, ergo killable.

… though it does sporadically penetrate how unacceptable some of what I'm doing actually is, I just remind myself that this thing, this girl, this meat, is nothing, is shit…

The world has become a huge stereotype, a cardboard, a void where “les misérables” is only a poster glued on a crowded passing bus or a background melody, where homeless are counted and tricked and killed out of boredom, where women are hardbodies and men are fitness freaks, where even nightmares are made of weird, funny stuff:

I think about Courtney's legs, spread and wrapped around my face, and when I look over at Luis in one brief, flashing moment his head looks like a talking vagina and it scares the bejesus out of me.

A lifeless world, which seems more consistent with objects than persons, since a pillbox is never just a pillbox, is a Laura Ashley pillbox, a coat is an Armani coat, a scarf is a Burberry one, and so on. Where a killer is as preoccupied with his appearance as Narcissus and as conceited:

Earlier, there was so much of Bethany's blood pooled on the floor that I could make out my reflection in it while I reached for one of my cordless phones, and I watched myself make a haircut  appointment at Gio's.

And you cannot help but notice that a quote like this one (or the one I put at the beginning of my review) should be frightening, even out of context and in a way it is, but it also has an absurd quality, almost cartoon-like that makes you feel like laughing and of course lets you feel bad about this. The same way you feel temporarily bad about the abstract violence of the world. Not wanting to acknowledge that by every step you don’t take against it, by every horrified refusal to affront it you condone it, moreover, you become part of it, you become Bateman:

Myself is fabricated, an aberration. I am a noncontingent human being. My personality is sketchy and unformed, my heartlessness goes deep and is persistent. My conscience, my pity, my hopes disappeared a long time ago (probably at Harvard) if they ever did exist. (…) Yet I am blameless. Each model of human behavior must be assumed to have some validity. Is evil something you are?

Dante’s hell surfaced from the bottom of the funnel to enter our world. Maybe it is funnier with its red velvet drapes that hide the intention of a door but it is the same hopeless place no one can escape from:

…above one of the doors covered by red velvet drapes in Harry's is a sign and on the sign in letters that match the drapes' color are the words THIS IS NOT AN EXIT.

Overall, an emotional one star for scaring the hell out of me and five stars for its amazing literary qualities. For an average of three stars. A book I will never, ever read again – who wants to be reminded such unpalatable truths anyway?

P.S. I visited New York this summer – the Les misérables posters were everywhere. I looked for Bateman, too, but the streets were too crowded. 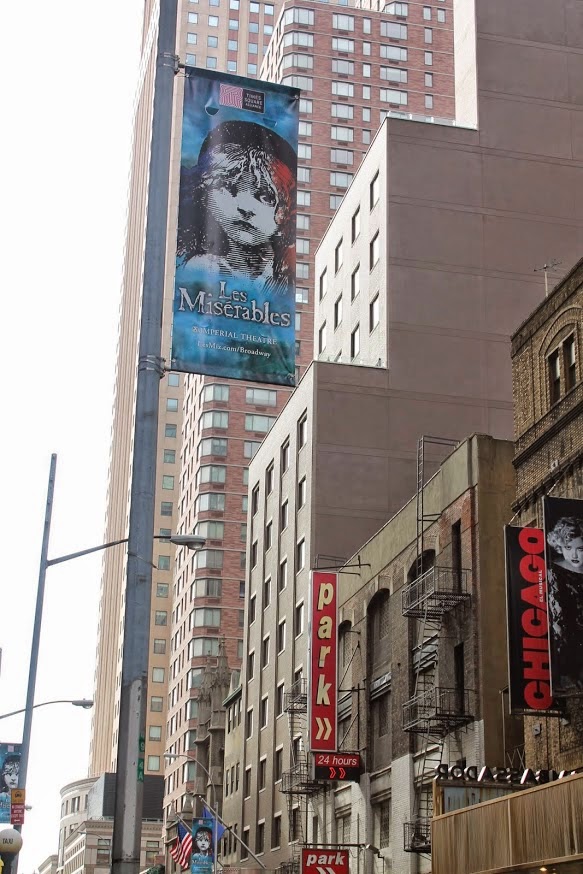